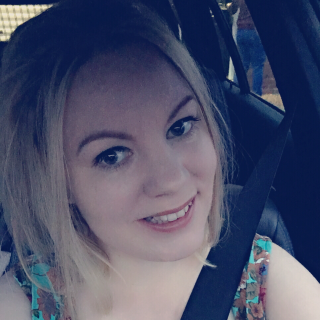 My name is June, I am 46 and I live in the North East of Scotland with my husband Paul.  I was diagnosed with Fibromyalgia at the age of 37 after a few months of tests and discussions with my Doctor at the time.  Looking back I think I started suffering the effects of Fibromyalgia as early as 12 years old but at the time it was put down as growing pains.  I have many memories of struggling to do things in my teenage years and feeling constantly exhausted but I just assumed this was me growing up and that becoming an adult was a tiring job.

Fibromyalgia, for those that don’t know anything about it is a chronic condition of widespread pain and profound fatigue. The pain tends to be felt as diffuse aching or burning, often described as head to toe. It may be worse at some times than at others. It may also change location, usually becoming more severe in parts of the body that are used most. And the fatigue can go from feeling tired to feeling exhausted and feeling flu-like.  It feels like someone has pulled the plug or the person hasn’t managed to recharge their batteries and all energy has been used up.

Fibromyalgia Syndrome is a collection of symptoms and you may have only a few of them or most or them or somewhere in between.

My personal journey with Fibromyalgia has had many ups and downs and a lot of learning curves to cope with as well as many life changes. I have gone from a pretty healthy woman in her 30’s who loved life and loved her job in social care and worked hard at it to a woman in her 40’s who is constantly exhausted, in severe pain 24/7 and has to use mobility aids to get around and had to give up work in February 2016 at the age of 45.  Looking back this wasn’t what I had planned for my personal journey through life but when you are thrown a few curve balls you adapt and change to accommodate them.

I became very ill whilst working as a pupil support assistant at a special needs school in Aberdeen and found that I started suffering from migraines on a near daily basis.  That and finding when I got out of bed in the morning that I couldn’t walk with my feet flat on the ground as it felt like my tendons had tightened overnight so I had to tiptoe around.  Then after a frightening episode in the car when my eyesight went funny and I nearly crashed my car on the way to work, I decided to seek medical treatment.  Previous to this I had had some periods of sick leave from the job I had with a local council and this was put down to depression.  I thought though at the time it was more than that as I was in constant pain and I found that my memory was affected and whenever I returned from sick leave I felt like I had to start again from scratch as though I was new at my job. So I knew something wasn’t quite right and that I needed to explore further.

A trip to the Doctors in early 2008 lead me to explain my symptoms in detail and I was adamant that it wasn’t just depression that I had.  It was a different Doctor I saw that day and she listened and then went and printed off an article on Fibromyalgia and said take this home and read it and then come back in a week.  I read the article as soon as I got home and everything in it described me and how I was feeling at the time.  I had finally found out what was wrong with me and now that I did, I could work out how to manage it.